Officials say four people have died and dozens of officers were injured.

Protests had been expected for days, but surprisingly police appeared unprepared.

Rep. Eric Swalwell on pursuing an investigation into how rioters breached U.S. Capitol: "We owe it to the American people to understand whether members of our own houses were working with these protestors." pic.twitter.com/imKJmYrgxj 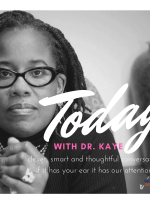