Why the split month?

In 1968, Congress passed a resolution to recognize the contributions of Hispanics in the United States during Hispanic Heritage Week. The week was to be celebrated the week starting September 15, in order to coincide with the Independence Day celebrations of five Central American countries that day: Guatemala, El Salvador, Honduras, Nicaragua, and Costa Rica. The following day, September 16, also marks the independence of Mexico, and Chile’s Independence Day is September 18. Twenty years later, in 1988, President Ronald Reagan expanded the week to a month – from September 15 to October 15.

The history of the United States is one of immigration: people have come from many parts of the world and contributed to build the United States. Commemorating Hispanic Heritage Month gives us an opportunity not only to feel proud of our roots, but also to share with those who are not Hispanic the richness and diversity of the many and diverse Latin American cultures.

Tune in to Fiesta Musical every Tuesday at 8 PM throughout Hispanic Heritage Month to hear the music, the background and the diversity that is Salsa and Latin jazz.

And as a starter to celebrate the month, check out "Latinos en estados unidos" by Celia Cruz and Willie Colon. 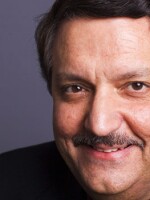